Archetype and stereotype are widely used in constructing a character. An example given on lecture was Lara Croft, which is a fictional character of the popular Tomb Raider video game series. Despite the fact that Lara is an action heroine, most versions of her were wearing impractical tight-fitting shorts and top, together with her ginormous breasts and smooth skin, I would consider Lara as a female stereotype rather than empowered adventuress.

[Figure 1: The evolution of Lara]

However, in the newer versions, the body built for Lara is more realistic and finally Lara out on more sport-friendly clothes, making the character more convincing. According to Carol Pinchefsky (2013), Tomb Raider also passed the Bechdel Test in the 2013 version, as Lara converses with two women about survival and saving their colleagues.

By reflecting the reality prospect on appearance, the new Lara Croft became one of the characters who engage our empathy, but there are also characters who do not, such as the main character in the film Deadpool. 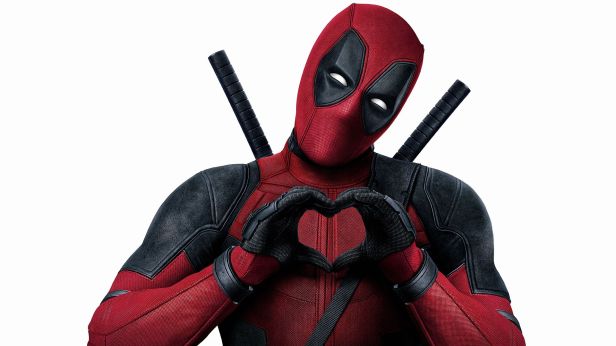 Deadpool is a 2016 American superhero film based on the Marvel Comics character of the same name. Unlike other super hero stories, the character Deadpool is more of an antihero.

He acts irresponsibly and even talks to the audience in the film to break the fourth wall (the imaginary wall between the actors and audience).

Bertolt Brecht (1898-1933) was a theatre practitioner, he believes that the audience will lose the ability to think and judge if they believed in the action and became emotionally involved. Therefore he used different techniques to remind the audience the show is not real. Brecht’s technique was called Epic theatre. (BBC, 2016) When Deadpool, the character, constantly talks to the audience in the film, this could be seen as corresponding to Brechtian techniques.

Brechtian techniques such as use of freeze frames, montage, Spass and Gestus are also used in the film. Spass literally translates as ‘fun’. Brecht believed that while we are laughing we are also thinking. (BBC, 2016) Deadpool used the same way to deliver message.

Although the film Deadpool used Brechtian techniques, it could not prove that it was directly influenced by Brecht. According to Kirby Ferguson’s TED talk in 2012 ‘Embrace the Remix’, nothing is original, and creators do borrow, transform and remix things. Therefore, although Deadpool may not intentionally copy the techniques, I still consider it as a descendent of Brecht’s attitude to theatrical characters.